Holocaust survivor Peter Stein to share his story at DCCC 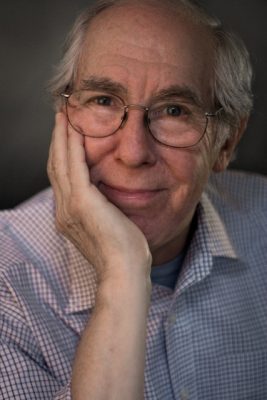 September 20, 2018 – Dr. Peter Stein will present at Davidson County Community College on  September 26, from 11 a.m. to 12 p.m. as part of the college’s Distinguished Speaker Series. His presentation is titled “Surviving the Holocaust: Memories of the Nazi Occupation of Czechoslovakia.” The event will be held on the second floor of the Mary E. Rittling Conference Center. It is free and open to the public.

“It’s important for students to hear firsthand accounts from those who survived the holocaust and other historical atrocities,” Director of Student Life and Leadership Lynne Watts said. “This generation will be the last to hear these survivors’ stories from the survivors themselves.  For students, it is an application of what they’ve learned in the classroom and it helps them to more deeply appreciate and empathize with humanity.”

Born in Czechoslovakia in 1936, Stein grew up under the occupation of the Nazi regime. Stein is the son of a Jewish father and Catholic mother.In six years of Nazi occupation, Stein saw many family members taken to the ghettos and concentration camps. Nine of these family members did not return home. Though taken later than most, Stein’s father experienced the slave labor of the Nazi work camps. He was among the survivors being reunited with his wife and son in May 1945.

Stein experienced a childhood with German flags and photos of Adolf Hitler in the classroom. He experienced discrimination and anti-Semitism. He lived through air raid drills and bombings from Allied aircraft. Then as a young teenager, Stein immigrated to the United States following World War II.

The Distinguished Speaker series is an annual event to bring notable speakers to campus to enrich and inspire both students and community members with incredible life experiences.