Theater Production about the Holocaust to be Performed at DCCC

On Thursday, September 22, Davidson County Community College will present Let Your Children Tell, a 45-minute play about the experience of four children during the Holocaust. The play will begin at 11 a.m. in the Reich Auditorium on the Davidson campus. The event is free and open to the public.

Let Your Children Tell was commissioned in 2001 by the NC Council on the Holocaust. Comprised of five actors, the play follows four young adults who suffered the indignities of Nazi-occupied Europe. Their true stories are told through moving journal entries and letters recovered after the war. Featuring a haunting live violin score, Let Your Children Tell is an emotional and visual history lesson about the horrors of racism and the devastating effects of World War II. The play has already been seen by more than 100,000 audience members across North Carolina. 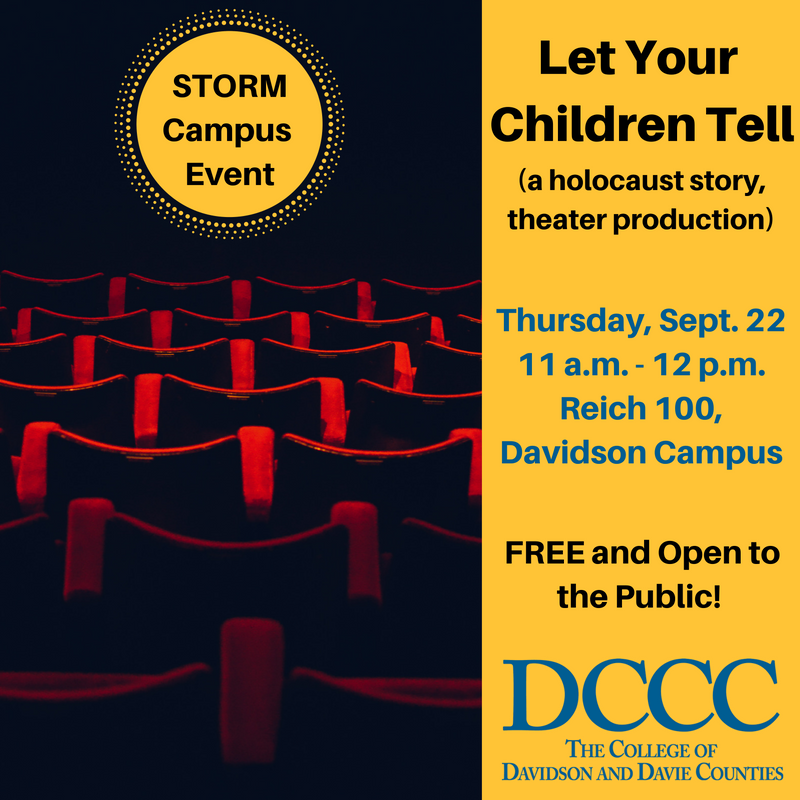