Presentation: The Science of TV

How Complex Scientific Information is Transformed Into Popular Entertainment

Go behind the scenes of your favorite TV shows CSI, Bones, The Blacklist, Rizzoli & Isles, Rosewood and Lucifer with the show’s producers & consultants.

This event is free and open to the public and will take place in the Rittling Conference Center.

The CSI franchise, Bones, The Blacklist, Rizzoli & Isles, Rosewood and Lucifer have a combined worldwide audience of over 300 million people. They have radically changed the landscape of popular entertainment and have brought hard science out of the dark recesses of the laboratory and into the zeitgeist of mass entertainment. Each and every one of these programs depends on the distillation of complicated scientific data into easily digestible plot points that are crucial to the production of procedural television. Chemistry, biology, mathematics, the law and a wide array of forensic disciplines such as odontology, entomology and DNA analysis among others, take center stage in this unique, often overlooked aspect of the creative process.

For the last 15 years, David and Jon’s company, Entertainment Research Consultants (ERC) has been providing this crucial service for the industry. They have consulted for more than twenty popular TV shows and film as well as a popular advertising campaign for Microsoft.

In this unique presentation, Jon and David will detail the exciting process of how each episode of procedural television is created, from the story’s conception in the writers room all the way through post-production and finally on to your television screen. You’ll learn how the world’s most popular TV shows are researched and view excerpts that illustrate how that information is incorporated into each episode.

Along with ERC co-president Jon Wellner, Berman maintains a database of over 300 professionals working in virtually all aspects of law enforcement.

Berman has also appeared as an actor in CSI from 2000 until 2015 as assistant coroner David Phillips. In 2008 he was promoted to series regular and included in the program’s opening credits. He has also performed in such programs as Desperate Housewives, Heroes and Drop Dead Diva. 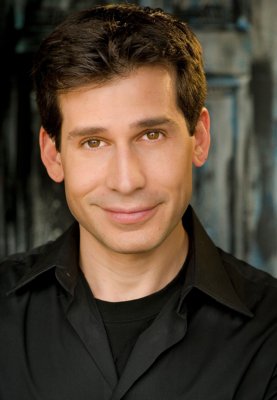 Jon Wellner hails from Chicago where he studied theater and performed at such renowned theaters as Second City and the Steppenwolf Theater. He moved to Los Angeles in 2000 and was soon working on television with roles on Bones, NCIS, Becker, Gilmore Girls, Yes, Dear, Judging Amy, That’s So Raven and more. In 2002, he played Gilligan in the movie of the week, Surviving Gilligan’s Island, which was the highest-rated movie of the week that year. He can also be seen in the films Evan Almighty as well as Ocean’s 13.

In 2004, Jon was cast as toxicologist Henry Andrews on CSI: Crime Scene Investigation, a role he played until 2015