March 3, 2018 – Community Colleges for International Development (CCID) awarded Suzanne LaVenture, director of International Education and Spanish faculty member, the Werner Kubsch award. The honor is bestowed by the CCID Board of Directors on an educator with outstanding achievement in international education related to community colleges and similar institutions worldwide.

LaVenture was selected for her work as a leading advocate for international education through curriculum and culture development, 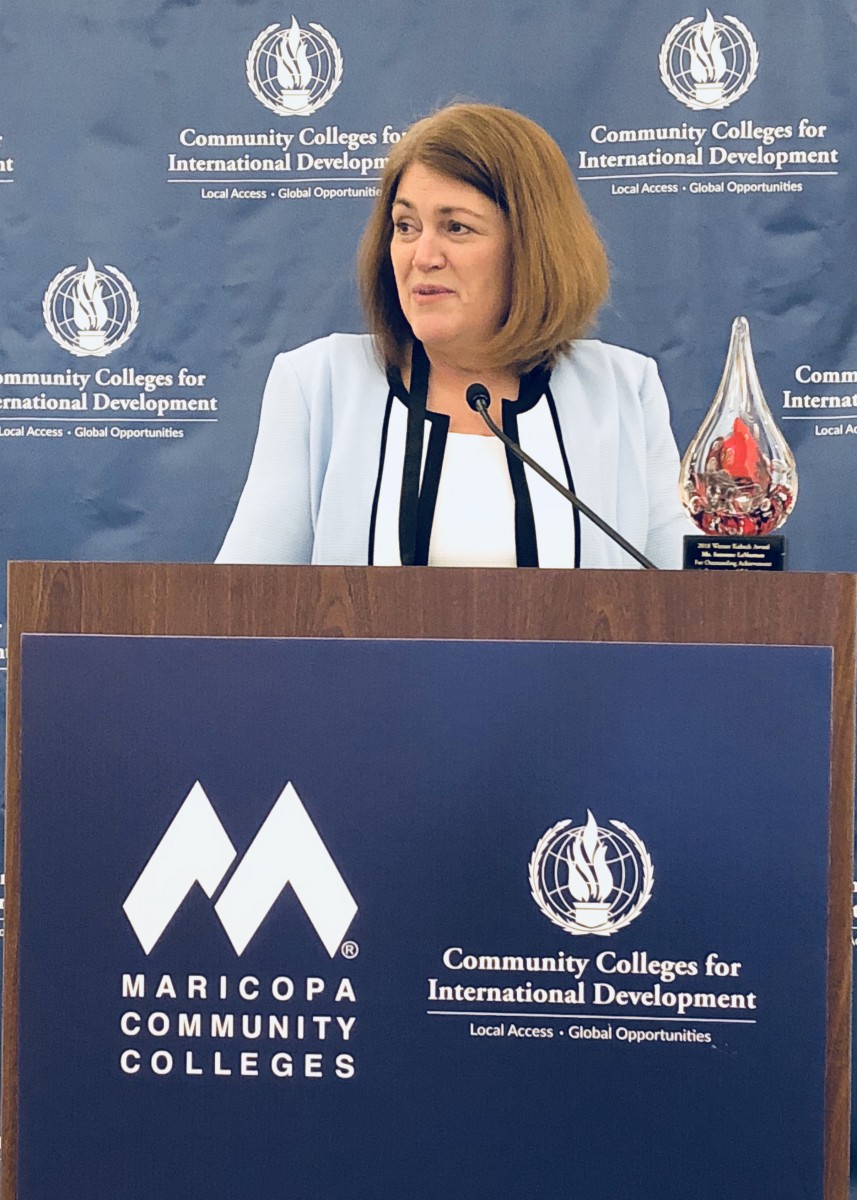 “This year, CCID received multiple remarkable nominations for the award,” CCID Executive Director Mara Andersen said. “The field was highly competitive, and the Werner Kubsch Committee carefully reviewed each nomination. We were deeply impressed with the range of innovation and dedication shown in Suzanne’s nomination; we cannot imagine a more fitting recipient.”

LaVenture was presented with the award at the annual CCID Conference, where she also participated on three panel discussions: diversifying the kinds of students who study abroad; Fulbright Programs; and DCCC’s Argentina study abroad grant from Partners of the Americas.

At DCCC, LaVenture manages the Scholars of Global Distinction program and oversees study abroad opportunities including trips to Ireland, Japan, Guatemala, Costa Rica and more. She coordinates the school’s international students who attend DCCC on various academic grants from their country of origin.

Her role at the college also involves planning and coordinating opportunities for the campus and community to learn from and be exposed to various cultures. Such programs include international performances, lectures, course offerings, and the annual International Night, scheduled for March 22.

Last year, LaVenture was awarded a Fulbright grant to participate in the Community College Administrators Seminar in Russia, a two-week exploration and learning experience in cities across Russia. She sits on the Senior International Officer Council for CCID. CCID has 26 Board Member Institutions, each holding one seat on the Board of Directors and one seat on the SIO Council. DCCC President Dr. Mary Rittling serves as the Board Chair for the organization.